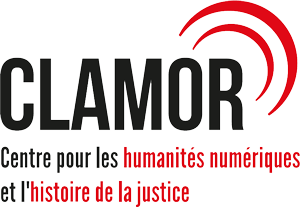 CNRS Senior Research Fellow, Marc Renneville is a historian of science specialized in the study of crime and criminals. He has also been an associated member of the Alexandre Koyré Center since 1998 (UMR 8560). After completing his studies in History (University of Paris 7) and in social sciences (University of Paris 5), he became a lecturer in contemporary history at the University of Paris 8 – Vincennes-Saint-Denis (1998-2001). Following this, he was named Director of the research department (2001-2003) and project director in the field of History for the Ecole Nationale d’administration pénitentiaire (2003-2008). He notably contributed to the creation of a Center of resources on the history of crimes and punishments at the multimedia library Gabriel Tarde (2004) before he became the research manager of the executive office of penal administration (2008-2012) where he coordinates collaborative research on the execution of punishments (projet ANR Sciencepeine 2009-2014).

At the side of Pierre Tournier, Marc Renneville was one of the founders of the journal Champ penal (2004). He is a member of the editorial committee of the Revue d’Histoire de l’Enfance irrégulière, Crime, Histoire et Sociétés and Beccaria: Revue d’histoire du droit de punir.

Marc Renneville is a member of the jury for the Gabriel Tarde prize. He teaches the history of prisons and of criminal psychiatry at the Ecole nationale de la magistrature and he regularly lectures in research seminars and continuing education programs.

Renneville’s research addresses the criminal sciences and other knowledge regimes which study criminals, as well as their application in the administration of penal justice. He is the author of two books: Crime et folie. Deux siècles d’enquêtes médicales et judiciaires (Fayard, 2003) and Le Langage des cranes. Une histoire de la phrenology (Empêcheurs de penser en rond, 2000). The latter received the prize for best history book at the French Society of the History of Medicine (2000). His most recent articles are accessible online.

Marc Renneville was the first director of the new TGIR Huma-Num (UMS 3598), the “very large research infrastructure for the digital humanities” (2013-2015). He has been at the head of the digital project Criminocorpus since its inception (2005). In 2008, he initiated the creation of the journal Criminocorpus at the portal revues.org. In 2014, he organized the creation of a virtual museum of the history of justice, gathering exhibits, site visits, and thematic collections together on the Criminocorpus portal.